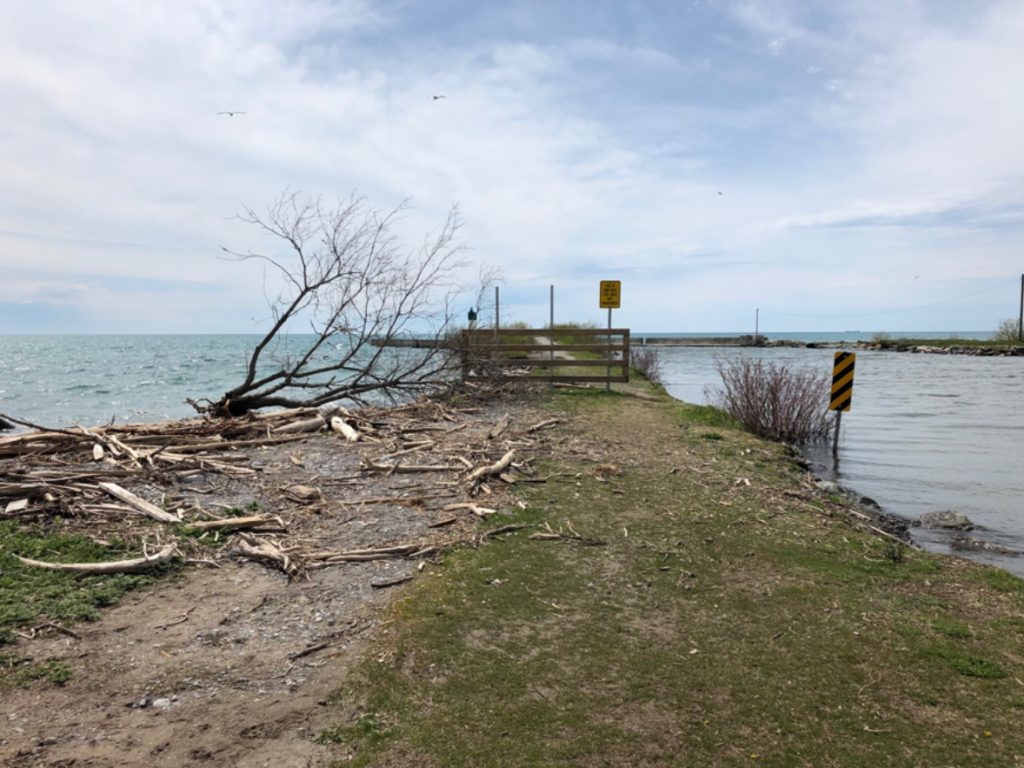 The Board of Directors of the Newcastle/Bond Head Ratepayers Association passed a resolution unanimously to approach local government about the appalling condition of the Bond Head spit and pier. 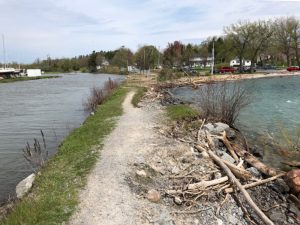 As you enjoy our recently renovated and expanded waterfront park, you will have noticed that the pier extending into Lake Ontario from the park has been barricaded and placed off limits to the public because of the treacherous conditions caused by many years of benign neglect and erosion caused by storms. While it is true the Operations Services of the Municipality have attempted over recent years to keep the pier open by filling in sink holes, it is thought one reason for the lack of development of an overall plan to fully restore the pier MAY have been the belief it was owned by the federal government and thus their responsibility to address the problem.  Not so – the pier became the property of the Municipality in 1999, a fact perhaps not widely known by Council.

Now is the time to act.  Immediate repair should be undertaken to render the Pier safe and usable. To this end, I contacted Councillor Granville Anderson and Councillor Marg Zwart. Councillor Zwart responded quickly and, in fact, met me on the pier to examine the sad conditions. She undertook to contact the Director of Operations of the Municipality and, indeed, has done so. She reports Mr. Horvath is attempting to contact and meet with a coastal engineer to seek guidance. Marg remains with the situation.

Long term, your Association intends to seek support from senior levels of government to underwrite the cost of rebuilding the pier, once a plan and cost has been determined. As I have said, though, IMMEDIATE REPAIRS need be undertaken to that the public might once again enjoy the pier!

Have your say on the future of broadband service in Durham

Join or renew your membership today!